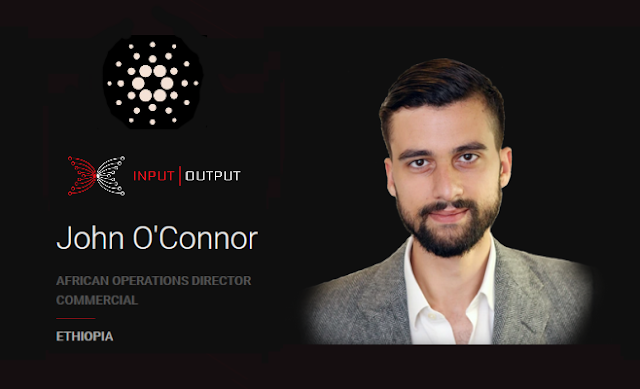 
Input Output Global (IOG) is rapidly deploying it's advanced blockchain technology on the Cardano platform; it's Director of African Operations, John O'Conner, provides insight of the upcoming Atala PRISM Identity Solution deployment in Africa and the enormous potential it brings to the Cardano blockchain. John stated -

"What I can say is that we are at the final stages of a large government contract which would have multi-million users being on-boarded onto the platform for a real world blockchain implementation. This is a sort of 10x improvement in real world terms what currently being done is in this area."
On wrapping up government contracts -

"Obviously this is also a government process as well. So getting the contracts done, getting everything agreed, is a very lengthy process. But that’s not just in Ethiopia."


On the scope of the impending deployment -

"I think that this deployment will actually be the largest blockchain deployment done anywhere, period. I am not including speculative asset trading - but an actual real world deployment in the world."


"We have quite reasonable plans to on-board 100 million users on this identity platform within the next year or two. This might seem ambitious, but actually the scale of the African continent means that it’s quite realistic."
"So now that we have 100.000 to 200.000 telecom subscribers in Tanzania, now let’s plug in the $12 billion ADA market and allow people to start making loans directly to the people and generate real economic value."


With smart contracts and native assets launching on the Cardano platform, there is an expectation of rapid development, with plans to deploy in 15 additional African countries.
John O'Connor graduated from Oxford University with a degree in Politics, Philosophy and Economics, he lives between Addis Ababa and London. Follow John on Twitter


Watch the complete interview presented by Proof of Africa -